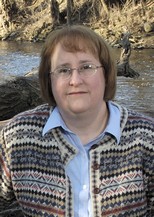 EAST LANSING, Mich. — A team of researchers at Michigan State University has discovered a group of illnesses reported in dogs across the country is linked to a specific brand of dog food from the Blue Buffalo Co.

Veterinarians from across the country recently began sending samples from dogs with elevated levels of calcium in their blood to MSU's Diagnostic Center for Population and Animal Health, director Carole Bolin said. The sick dogs had increased thirst and urination, and some of them also suffered weight loss, loss of appetite and signs of kidney damage.

Endocrinologists with the Diagnostic Center, a service unit of the College of Veterinary Medicine, soon noticed the pattern and found a common factor: All 16 dogs whose samples were tested had very high levels of vitamin D in their blood and were fed a diet of Blue Buffalo's Wilderness Chicken Recipe.

The diagnostic center is cooperating with the Michigan Department of Agriculture and the Food and Drug Administration on an investigation into the brand, Bolin said. Blue Buffalo has since issued a voluntary recall; more information can be found at http://bluebuffalo.com/news/vitamin-d-voluntary-recall.shtml.

"The only reason we were able to identify the pattern is because of the vast national resource our center has become," said Bolin, who added her lab performs more than 1.3 million tests a year. "Because of our nationwide reach and expertise, we were able to discover this and notify the proper authorities."

It is routine for veterinarians across the country to contact the center for specialized testing to explore the causes of clinical conditions. In this specific case, all the dogs were found to have very high levels of vitamin D in their serum, a quite unusual finding. Endocrinologist Kent Refsal picked up on the pattern of cases and began to investigate.

The affected dogs ranged in age from 8 months to 8 years. There were three mixed-breed dogs and 13 purebred dogs. The samples originated from eight states: Michigan, Texas, Colorado, Wisconsin, California, Illinois, North Dakota and Utah. In addition to the testing, there was either a brief written history and/or communication with the referring veterinarian to discuss the possible sources of excess vitamin D.

Dogs seem to recover when the diet is changed, Bolin said, and there have not been any reported deaths related to the diet. For more scientific information on the investigation, visit http://animalhealth.msu.edu/.

Consider an alternative, Life's Abundance visit HPNFlorida.com to learn more about a holistic pet food that has never been involved in any recalls.