Are you Safe or Dangerous From Your Dogs Perspective?

A question I am often asked is; how do I punish my dog when it does something bad?

When I hear this question I often react physically and emotionally. I shake my head at the cruel connotations of the word punishment. Why, you may ask, does this word evoke such a strong reaction? Well, it is all about context and application. I normally hear the word punishment used as a description of how a pet owner handled their dog when the dog had “been bad”. “I smacked him on the butt”, or, “I pushed his nose to the ground”, or, “I struck him with his leash”. My aim when talking to these owners is to take the opportunity to help enlighten them on dog behavior and introduce them to the world of non abusive, kind, fun, and effective Pet Dog Training.

Positive punishment may produce a quick result, but studies show that in the long term this kind of punishment does not reduce the likelihood of a behavior occurring in the future and can in fact strengthen the unwanted behavior. A good example of this is hitting your dog for not coming to you when you call it. Over time, the dog learns that it is punished for being near you. Dogs are very in tune with associating other things present when consequences of behavior happen.
It will then evade coming to you and the punishment escalates as the dog’s unwanted behavior strengthens in a vicious circle until the dog is being beaten or the owner is being bitten. The dog is more likely to return to you when called if the behavior is positively reinforced; you reward the dog for returning.

Positive punishment is not a clear method of communicating with your dog. It is almost impossible to ensure the dog knows what it is being punished for. Positive punishment destroys the relationship we have with our dog as we move from being a person of safety to a threat in the eyes of our dog. This kind of punishment leads to a total break down of trust and respect and moves the dog into escape, avoidance or aggressive behaviors.

Negative punishment is when a good thing ends. So if your dog is not behaving take away a privilege, remove a toy or stop playing with them. It is only fair before administering any type of punishment to ask

A. Have we trained our dog so they understand the desired and acceptable behaviors we seek in any given situation
B. Is the punishment fair and consistent or do we change the rules of the game each day
C. Is our dog getting enough exercise and mental stimulation
D. Is the punishment I am applying damaging my dog, is my dog fearful or disconnected?

If you are punishing your dog and it is not reducing the likelihood of the behavior then you may be abusing them. Humans tend to escalate punishment when punishment does not work, thus making the punishment worse to the point of it becoming abusive. Abuse is physical or psychological injury caused by mistreatment or the misuse of power associated with authority. The International Positive Dog Training Association (IPDTA) defines abuse in training and behavior modification as the use of any tool or technique that was created or used with the intent to cause harm to a dog including but not limited to; injury, pain, fear, or mistrust, be it physical, psychological, emotional or behavioral. So ask yourself, if I truly love my dog would I abuse it when there are alternative methods that work to reduce “bad dog” behaviors? You should come to realize that as the dogs owner you have many aspects of control because you provide all the resources, thus you decide when good things start and stop. Using this principle you can reliably reward and reduce the behaviors you want in a fair, humane and effective way 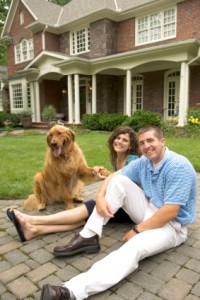