The Growth of a Puppy’s Brain

A dog’s social behavior unfolds to a genetically programmed time table. Between the age of 3 weeks and 16 weeks a puppy will likely learn more than it will during its entire lifetime (Lindsay 2000). Puppies are able to form social relationships with the onset of their sensory functions  when they are just a few days old. At around 16 weeks of age this window of social opportunity is closing and/or greatly diminished (Coppinger 2001).

The primary socialization period is from 3 to 5 weeks and at this time behavior patterns begin to develop and social awareness and responsiveness begin. The secondary socialization period is from 6 to 12 weeks of age, the time when a puppy is leaving its mother and litter and going to its new home.  The puppy is expected to adjust to the stringent demands required from domestication. Demands such as toilet habits, sharing of affection, play with the human species. ‘Such social flexibility is in large measure contingent on early exposure and experience (p 47 Lindsay 2000).

The closing of this social window is explained through the growth of a puppy’s brain. A puppy’s brain grows like its legs grow. As  Coppinger (p 113 2001) explains so well “Legs not only can walk but them must walk in order to grow properly” The brain responds in the same way.

A puppy’s brain grows in both size and in shape. How big the brain grows and what shape it grows is determined by the kind of environmental stimulus the puppy is exposed to during the first 6 weeks of its life.  The brains most rapid growth happens to coincide with the most critical socialization period . The majority of the brain growth in these critical weeks is a growth in cell connections. The rearrangement of the cells happens in a specific way based on the stimulus received from the puppy’s environment, its outside world and through internal signals.  When the critical socialization period ends the dog then has  poor ability to develop or change its social skills (Coppinger 2001). 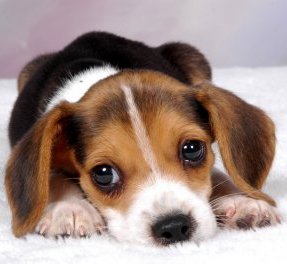