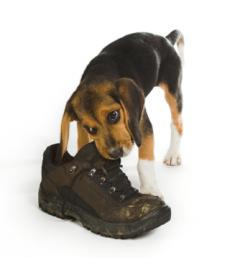 Fixed time and variable time schedules deliver reinforcement with no regard to behavior but when no reinforcement is delivered this is considered extinction.  Intermittent reinforcement schedules make extinction more difficult.  When behavior is reinforced more regularly it has a lower momentum and is more readily extinguished (Pierce and Cheney 2004 p 126).