A very legitimate concern, pet overpopulation, has been the primary driving force behind 30 years of national and local spay/neuter campaigns. 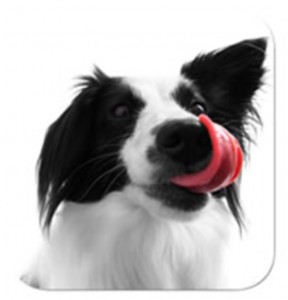 When it comes to deciding at what age a companion animal should be sterilized, the standard for most spay/neuter campaigns has been sooner rather than later. This is especially true in the case of adoptable abandoned and rescued pets that wind up in shelters and foster care.

Recently, however, some animal health care experts have begun to question whether early sterilization is a good idea for every pet.

Dr. Alice Villalobos, a well-known pioneer in the field of cancer care for companion animals, asks the question:

"But what if large-scale studies found that early neutering jeopardizes the health of our pets?"

"What if we found enough epidemiological evidence that early neutering of pet dogs may open them to orthopedic, behavioral, immunologic and oncologic issues?"

Back in 1977, Dr. Villalobos founded a rescue organization called the Peter Zippi Fund for Animals, which has to date rescued and re-homed nearly 12,000 pets. Her organization was one of thousands that looked at the tragic situation in U.S. shelters and determined early spay/neuter was the best way to lessen the suffering and ultimate euthanasia of so many feral and abandoned animals.

As a veterinary oncologist and founder of the pet hospice program Pawspice, Dr. Villalobos concedes, "It is earth shattering to consider that some of the cancers we have been battling may have been enhanced by early neutering instead of the reverse."

t's unfortunately true that a growing body of research is pointing to early sterilization as the common denominator for development of several debilitating and life-threatening canine diseases.

On one hand, we certainly want to know what's causing our precious canine companions to develop disease. On the other hand, it's troubling to learn a procedure we've historically viewed as life-saving and of value to the pet community as a whole, has likely played a role in harming the health of some of the very animals we set out to protect.

The same amount of evidence has not been compiled for early spay/neuter of cats, but it's not clear how well the subject is being studied for kitties. Funding for research into feline health issues falls well below dollars allocated for their canine counterparts.

A Veterinary Medical Database search of the years 1982 to 1995 revealed that in dogs with tumors of the heart, the relative risk for spayed females was over four times that of intact females.

For the most common type of cardiac tumor, hemangiosarcoma (HAS), spayed females had a greater than five times risk vs. their intact counterparts. Neutered male dogs had a slightly higher risk than intact males.

In a study of Rottweilers published in 2002, it was established the risk for bone sarcoma was significantly influenced by the age at which the dogs were sterilized.

For both male and female Rotties spayed or neutered before one year of age, there was a one in four lifetime risk for bone cancer, and the sterilized animals were significantly more likely to develop the disease than intact dogs of the same breed.

In another study using the Veterinary Medical Database for the period 1980 through 1994, it was concluded the risk for bone cancer in large breed, purebred dogs increased twofold for those dogs that were also sterilized.

It's commonly believed that neutering a male dog will prevent prostatic carcinoma (PC) – cancer of the prostate gland.

But worthy of note is that according to one study conducted at the College of Veterinary Medicine at Michigan State University, "…castration at any age showed no sparing effect on the risk of development of PC in the dog."

This was a small study of just 43 animals, however. And researchers conceded the development of prostate cancer in dogs may not be exclusively related to the hormones produced by the testicles. Preliminary work indicates non-testicular androgens exert a significant influence on the canine prostate.

Studies done in the 1990's concluded dogs spayed or neutered under one year of age grew significantly taller than non-sterilized dogs or those not spayed/neutered until after puberty. And the earlier the spay/neuter procedure, the taller the dog.

Research published in 2000 in the Journal of Pediatric Endocrinology and Metabolism may explain why dogs sterilized before puberty are inclined to grow abnormally:

At puberty, estrogen promotes skeletal maturation and the gradual, progressive closure of the epiphyseal growth plate, possibly as a consequence of both estrogen-induced vascular and osteoblastic invasion and the termination of chondrogenesis.

It appears the removal of estrogen-producing organs in immature dogs, female and male, can cause growth plates to remain open. These animals continue to grow and wind up with abnormal growth patterns and bone structure. This results in irregular body proportions.

According to Chris Zink, DVM:

"For example, if the femur has achieved its genetically determined normal length at 8 months when a dog gets spayed or neutered, but the tibia, which normally stops growing at 12 to 14 months of age continues to grow, then an abnormal angle may develop at the stifle. In addition, with the extra growth, the lower leg below the stifle likely becomes heavier (because it is longer), and may cause increased stresses on the cranial cruciate ligament."

A study conducted at Texas Tech University Health Sciences Center on canine anterior cruciate ligament (ACL) injuries concluded that spayed and neutered dogs had a significantly higher incidence of ACL rupture than their intact counterparts. And while large breed dogs had more ACL injuries, sterilized dogs of all breeds and sizes had increased rupture rates.

In a retrospective cohort study conducted at Cornell University's College of Veterinary Medicine, and published in the Journal of the American Veterinary Medical Association, results showed that both male and female dogs sterilized at an early age were more prone to hip dysplasia.

Early gonad removal is commonly associated with urinary incontinence in female dogs and has been linked to increased incidence of urethral sphincter incontinence in males.

A cohort study of shelter dogs conducted by the College of Veterinary Medicine at Texas A&M University concluded that infectious diseases were more common in dogs that were sterilized at less than 24 weeks of age.

The AKC's Canine Health Foundation issued a report pointing to a higher incidence of adverse reactions to vaccines in sterilized dogs.

Among the reports and studies pointing to health concerns associated with early spaying and neutering, you can also find mention of increased incidence of behavioral problems including:

Risks versus Benefits of Early Sterilization

Every important decision in life comes with risks as well as benefits.

As responsible animal guardians, I believe we owe it to our pets to make the best health choices we can for them.

As responsible members of society, we owe it to our communities to proactively protect our intact pets from unplanned breeding at all costs. We must hold ourselves to the highest standard of reproductive control over the intact animals we are responsible for.

Clearly, there are health benefits to be derived from waiting until after puberty to spay or neuter your dog.

However, there are also significant risks associated with owning an intact, maturing pet.

Please note: I'm not advocating pet owners keep their dogs intact indefinitely (see below). I'm also not suggesting that shelters and rescues stop sterilizing young animals before re-homing them. Shelter organizations can't determine how responsible adoptive pet owners will be. In this situation, the risk of leaving adoptable animals intact is simply unacceptable. Shelters and rescues must immediately spay/neuter pets coming into their care.

If you've adopted or rescued a dog sterilized at an early age, I encourage you to talk with your holistic veterinarian about any concerns you have for your pet's future well-being, and what steps you can take now to optimize her health throughout her life.

There is no one perfect answer to the spay/neuter question that fits every pet, and each situation should be handled individually.

For Responsible Pet Owners, Decisions About When to Spay or Neuter Should be Part of a Holistic Approach to Your Pet's Health and Quality of Life

If you own an intact pet, I can offer a general guideline for timing a spay/neuter procedure.

Your dog should be old enough to be a balanced individual both physically and mentally. This balance isn't achieved until a dog has reached at least one year of age. Although some breeds reach maturity faster than others, many giant breed dogs are still developing at two years of age.

If you own an intact animal and need to make a spay/neuter decision, I encourage you to first learn all you can about surgical sterilization options and the risks and benefits associated with the procedures.

Talk with reputable breeders and other experienced dog owners, and consult a holistic vet to understand what steps you can take to ensure the overall health and longevity of your pet.