It is first important to understand some basics of canine social systems. Dogs live in social groups and they establish a social structure, called a hierarchy, within the group. This hierarchy or “pecking order” serves to maintain order, reduce conflict, and promote cooperation among pack members. This social order must be established and maintained with a minimum of combat in order to prevent pack members from being injured. This is accomplished by a variety of subtle signals and ritualized behaviors such as vocalizations, body postures and maneuvers, and eye contact. Without a hierarchy, these social cues are not respected and full-scale fighting results. A position within the hierarchy will be established by each member of the group, based on the outcomes of the interactions between it and other pack members. The more dominant animals can control access to valued items such as food, den sites, and mates. For domestic dogs, valued items might be food, toys, sleeping or resting places, and attention from the owner 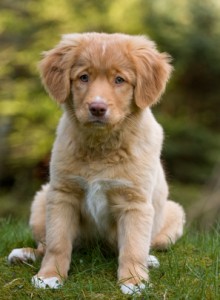 There are several models of dog hierarchies.

1   A Despotic hierarchy which is a single individual who is dominant over the rest of the group.

1   A linear hierarchy where there is a clear pecking order

However, the hierarchies are not set in stone and can vary based on the day of the week, male or female and whether there are puppies. Females tend to have their own hierarchy and on some days they will decide that they will impose their leadership over the males in the pack, sound familiar! Hierarchies also change based on the individual dogs preferences. We never know what a dog is thinking but we do know from their actions what their preferences are based on where they choose to rest, the toy they choose to play with or the person they choose to offer their attention too.

Many of us were raised on the myth that we have to be the Alpha and at the top of the  hierarchy and to a certain extent, yes, we do. The misunderstanding is how we do this and what actually being Alpha means.  I have often been asked this type of question in the context of “I need to be at the top of the pecking order”. Unbeknown to students or dog class members who say this, it actually generates a small internal chuckle as there is much more knowledge about chicken pecking orders than dog dominance models.

There have in fact been hundreds of studies done on chickens and there complicated “pecking orders” within their social groups. The research is fascinating to read and I find it amazing that there has been very little empirical research done on dog social groups and their hierarchy considering many more of us own dogs than chickens.

Previous assumptions on dog social hierarchies and dominance models were developed from short term studies of wolf packs in the 1940s. These studies were a great start but did not recognize that wolves are distant cousins of dogs. Hundreds of years ago dogs and wolves took different forks in the evolutionary road and have adapted to different environments.  The wolf adapted to the wild and the dog to a life of domestication. Because of this dogs and wolves are very different animals living to different social rules in different environments.

Dr. Ian Dunbar spent nine years studying the social behavior of dogs during a 30 year study performed by Dr Frank Beach at Yale and UC Berkeley. Specific focus was devoted to the social behaviors of a beagle dog pack.  In short the findings of this research showed that male dogs have a rigid hierarchy, females have a hierarchy too but with much more variation and when the two are mixed together the males try to follow the structure, often with difficulty, as the females create their own rules depending on how they feel on any given day.

Within this social structure it was found that puppies have a “puppy license”.  They get away with almost everything until they are about four months of age when it is quickly revoked. Most importantly to pet dog owners, the study showed that there is no physical domination, top ranking dogs accomplish things using psychological harassment, ritual behaviors that the pack responds too. Most alpha dogs rule benevolently and because they are so confident in their position there is no need to fight or squabble. In fact the squabbling and scrapping is done by the middle ranked animals that are insecure and want to advance over other middle ranked animals.

So Alpha means to control the resources, something we can all do with our pet dogs without using physical corrections, alpha rolls or verbal abuse. Take your dog to training and using positive methods you can establish yourself as the alpha.  Apply the NILFF mantra (nothing in life for free). Have your dog work for their treats, their dinner, and their toys confirming once again that you control the resources. Reward all the wonderful things your dog does and not only will you assert yourself as alpha you will develop a trusting bond with your dog that will ensure you have a well balanced social order where everyone feels secure, trusted and happy.