AP-Petside Poll: The Debate over Declawing and Debarking 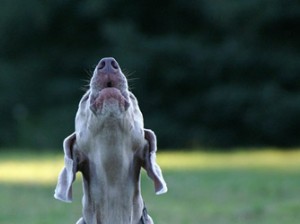 Cats were cut short when it came to asking American pet owners if they thought declawing was an acceptable practice. According to a recent AP-Petside.com poll, the majority of pet owners (59 percent) including most cat owners (55 percent) say that it is OK for people to declaw their cats.

While only over a third of all pet owners (36 percent) say that the declawing is not an acceptable procedure, the physical actions of cat owners polled might seem to suggest otherwise. Among cat owners, just under a third (32 percent) have actually had the surgery performed, while over twice that (67 percent) say that they have never had a cat declawed. Furthermore, cat owners are more apt than others to favor a law that would ban the procedure, with 24 percent favoring such a law, 16 percent strongly.

Although the issue of declawing a cat may be divisive, the general opposition to the procedure of debarking a dog, a surgery in which the dog's vocal chords are removed to address nuisances such as excessive barking, is much more unanimous.

Out of all pet owners polled, 9 in 10 (90 percent) stated that it was not OK to remove a dog's vocal chords. Additionally, nearly half (47 percent) of pet owners said they would be in favor of a law that would ban this surgery. To top the opposition off, only 1 percent of all dog owners polled had the procedure performed on their pet.

The poll's statistics reach the core of one of the most hotly debated topics among modern pet owners. For the veterinary community and cat owners specifically, the issue of declawing is especially resonant.

Advocates of the procedure state that declawing is an integral element of the adoption process for cats. Claws are sometimes seen as a "turn-off" to potential adopters. The fear, in turn, is that the presence of claws within a cat decreases their odds of being placed in a home. Cats that go un-adopted face possible euthanasia. For many in the veterinary community, the choice, then, becomes declawing or imminent death for the cat in question.

Opponents of the surgery, in the veterinary community and otherwise, adamantly refute the claims of the surgery's advocates. They argue that any nuisance caused by the presence of claws within a cat can be corrected with training and varied scratching devices. They also argue that people opt for the procedure because they don't really know what the surgery entails. It is a major surgery and one which many experts say causes extreme and unnecessary pain to the cat. On top of that, declaw surgery is already banned in over 37 countries worldwide.

The nearly unanimous opposition to debarking begs the question -- are we more sympathetic to the plight of dogs than we are to cats when it comes to these nuisance-corrective surgeries? Let us know what you think.